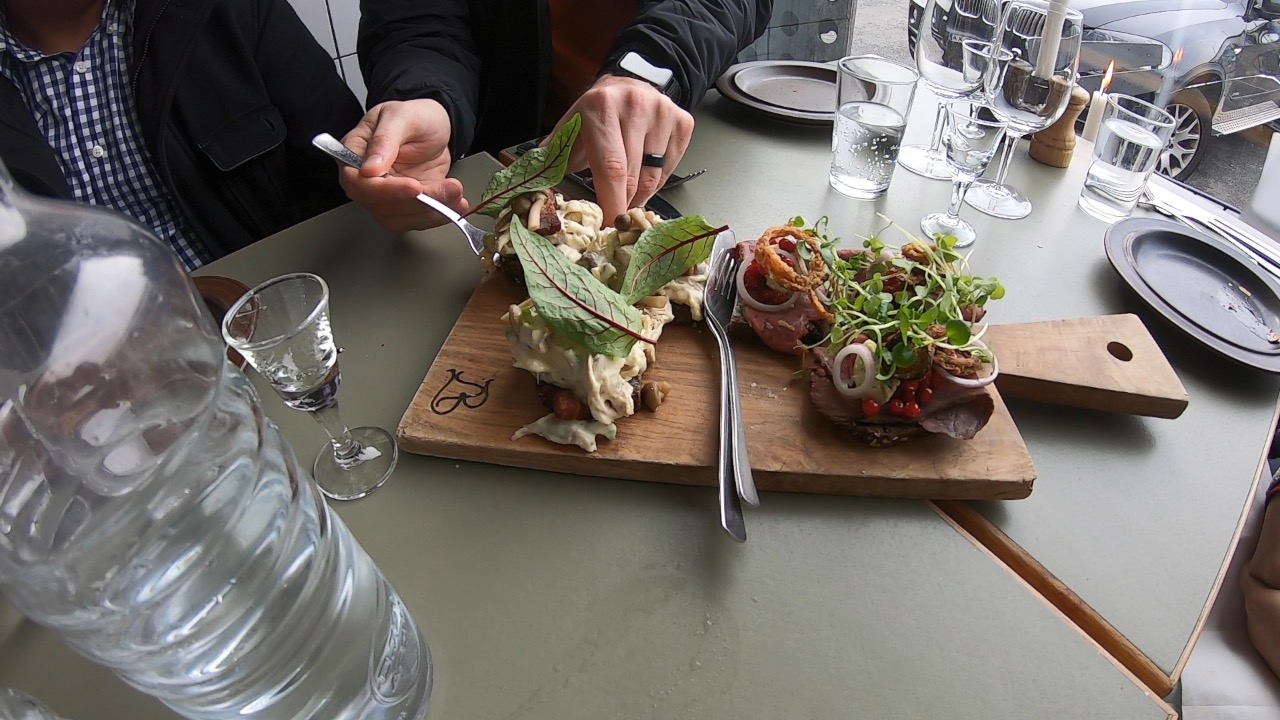 It is a long established fact that smørrebrød is the most difficult word to say in the Danish language. It requires the use of the guttural r, the special Danish Ø sound and the soft d which is pronounced like th in English.

Smørrebrød is the word commonly used for the Open Faced sandwiches so beloved by the Danes.

A traditional piece may contain just about any topping (though sweet toppings are rare and generally considered something you do for a joke). The important part is that the topping covers the entire underlying bread.

Where does it come from?

The history of the smørrebrød goes back as much as 5000 years in that the bread most commonly used is the rye bread. Rye is the type of grain most favoured by the Danes as it was cheaper to grow and use than wheat.

The cheap bread also had the advantage of being easy to carry over distances and being more durable and filling than wheat. It quickly, therefore, became the preferred food of the farmers and was often taken into the fields as a snack or meal. This is the basic smørrebrød which is one or even 2 slices of bread with any topping in between such as is still traditional in many workplaces today.

Around the industrial revolution many farm workers migrated to the cities and brought the tradition with them. As the new middle classes began to grow the tradition gained ground and gained in popularity. Even H.C. Andersens mentions in his meticulous diary one night that he prefers a quick smørrebrød to a heavier meal when his stomach needs to settle.

When and where the smørrebrød is carried into haute cuisine is hard to pinpoint but in 1883 we see for the first time the highly decorated version on a menu from restaurant Nimb which was owned by the daughters of the most celebrated cookbook authoress Louise Nimb at the time.

From here it was carried into its current form by such culinary notables as Oscar Davidsen.

What is happening now?

Today nearly all forms of smørrebrød have their own names and their own history. These include for instance the Dyrlægens natmad (veterinarian’s midnight snack) which was named by Oscar Davidsen for the veterinarian who used to attend the animals at the circus after the performances and would subsequently take his dinner very late.

In more recent years they have had a renaissance along with other local traditions and there are now several famous locations to sample them. There can be no introduction to the Danish kitchen that does not include these versatile foods. On our Food Tours of Copenhagen we of course try to introduce you to the very best.