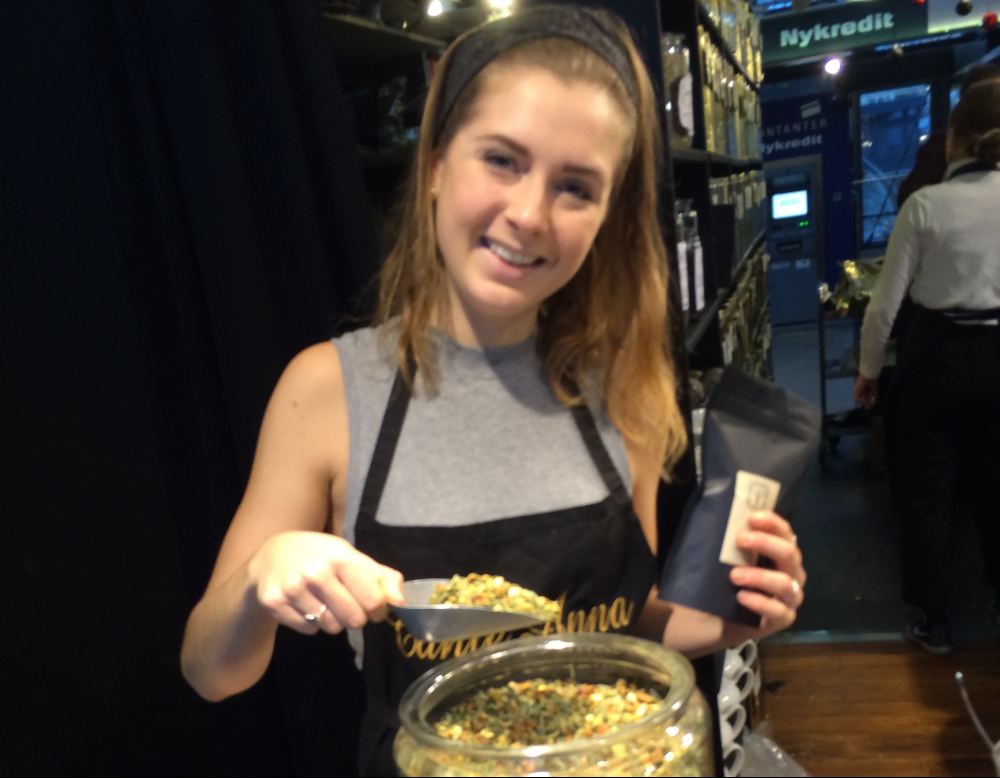 Over the years the upper echelons of the food world have very much been dominated by men. Most of the most famous, or at least the most award winning chefs in the world are men. Yet, women are still most likely to cook at home. My grandfather was a chef, well, ok, he was a ship’s cook, but the only thing I ever saw him cook at home was one single pancake and that was a bit of a flop. My grandmother cooked every meal, despite lacking all interest in the subject, until I was old enough to hold a spatula.

It may therefore seem strange to claim that sauces and suffrage go hand in hand, but throughout history women have been mainly responsible for the food preparation in the individual households. While many have taken that as a restriction, others have used their skills to improve their lives and the lives of others and in the process, made their mark on the Nordic kitchen as we know it today.

In the earliest archaeological and written records, women are rarely if ever clearly represented. However, the little evidence we do have suggests that women were most often the people involved in cooking, preparation of grains and harvesting of wild or domesticated herbs and other plant life.

Knowledge of food preparation was obviously crucial to sustaining life most often handed down from mother to daughter within communities, but as people began to share knowledge, information regarding cooking was considered some of the most important. A few recipes survive from the middle ages or earlier, but one of the first printed cookbooks, a book widely distributed throughout Scandinavia was written by Anna Wecker and published in 1597 and translated to Danish in 1648. Anna Wecker was married to a doctor in the town of Colmar in Alsace and was very involved in food as medicine for the poor. Therefore the book is not about presentation dishes for public events, but affordable and nourishing dishes for every day life. Among other things it contains one of the first recipes for preparing pickled herring. It was hugely influential and particularly useful as it included tips for beginners and the poor who were perhaps going into service.

Going into service as a cook and housemaid was not unusual. For an unmarried woman there were few professions available. In 1755 Cajsa Warg (Anna Christina Warg) in Sweden found herself uninterested in having a husband. She was probably well educated, and came from a well to do family. She entered into service as a Husmamselle (a sort of housekeeper) in a large house in Stockholm and wrote a cookbook of more than 800 recipes for the upper classes. Among them is the first recipe for bread baked with rye which is so traditional in the Nordic countries.

The story of food and feminism continues to be one of women making the best of necessity. In 1855 a young woman of 23 named Amalia Eriksson moved to the small Swedish town of Gränna where she married a young tailor named Anders. Sadly, but one week after the birth of their first child (daughter Ida) he died and she was left with no means of support. With no other options she applied for a license to open a sugar bakery. Legend has it that her daughter had a throat ache one day and she mixed peppermint oil with sugar to soothe the child. True or not, her sugar bakery became the first to make Swedens perhaps most famous candy: Polkagrisar. Sugar, peppermint and a bit of red colouring for the stripes. Her business skill meant that sales took off and others shortly followed. She herself lived to the ripe old age of 99 as quite a wealthy woman. Even today the main industry of the town of Gränna is the production of this candy.

As the modern age moved on, it became less necessity and more interest that brought women into the field of business. In 1853 Hanne Nielsen living with her husband on a small farm in Denmark received a gift of a Norwegian Myseost. It inspired her to purchase all the milk of the farm from her husband and to begin experimenting with her own cheeses. Very quickly she became a household name throughout the country and young women were desperate to study with her at Havarthi farm. She visited Danish and international farms and in 1875 became a producer by royal appointment. Her influence is still felt today in the cheese industry and in her honour the Havarthi cheese was named. Today the name of the cheese is origin protected.

Through the 20th century all sorts of influences swept the Nordic Countries and words like Sushi, Pasta, hamburger and tapas became part of every day conversations. Starting around the year 2000 though, interest in the old traditions began to resume. “Grandmother’s food” became words so used that they were even mentioned in cookbooks and by some of the most famous cooks on tv. The words “Just like my grandmother’s cooking” became no longer an insult denoting boring and bland foods, but a compliment meaning foods that were traditional, innovative and made use of local produce.

In the modern New Nordic Kitchen many of the names which are internationally famous are still men. Rene Redzepi, Claus Meyer and others have made their mark on a generation, but to their credit, they have also managed to hire and promote some of the absolute best female chefs working anywhere today. Kamilla Seidler, previously of several prestigious restaurants in Copenhagen, was hired by Claus Meyer to run his restaurant, Gustu, in Bolivia and as of 2016 could call herself “Best Female Chef of Latin America”. Rosio Sanchez, from Mexico, was for several years the head pastry chef at Noma. At current moment she has gone out on her own and owns not only 2 of the most highly rated taco shops in the North, but also her own restaurant which eagerly anticipates a Michelin Star.

Dak Wichangoen, is the chef from the Michelin restaurant Kiin Kiin in Copenhagen, and in 2018 also became the first ever female winner of the prestigious Sol over Gudhjem competition.

Oh, and to the men who have already taken to the comment section to tell me this is something I can’t say, I control the website, the emails, the phone and what comments are posted. So keep it civil.